The sequentially staggered release of the Mega Man games on 3DS Virtual Console continues today with the arrival of Mega Man 3 on the Nintendo eShop.

It’s currently only confirmed to arrive on the US eShop, with no word of when it’ll appear for download in Europe. We contacted Nintendo to find out more and were told that it currently has “nothing to announce on this for Europe at the moment,” but would let us know if the situation changes. The previous release, Mega Man II, launched simultaneously in both the US and Europe, and we had hoped Mega Man 3 would follow suit, but clearly that’s not the case. We’ll keep you posted if we hear more.

To complete the set, Capcom is releasing Mega Man 4, 5, and 6 for 3DS Virtual Console in April, May, and June respectively. We’ll bring you more news on those as soon as anything is announced.

Fancy something completely different? Try one of our original features, like ‘Assassin’s Creed 4: Important pirate facts Ubisoft should know about’ or ‘Why PS4 and Xbox 720 will need more games with shooting in them’. 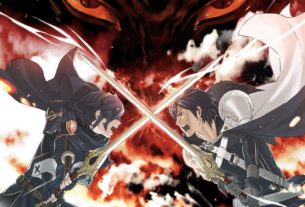 Fire Emblem: Awakening Rogues and Redeemers DLC is out now