It’s that time of week when we trawl through the best deals that you can download and play right now. No need to change out of your breakfast-stained pyjamas or brave the outside world –  just settle in, put your feet up and download these treats right now. You’ve earned this rest.

There’s a plot in there somewhere, but even though we’ve finished it we’d be hard pressed to explain anything without taking a trip to Wikipedia. But our point is that Saints Row: The Third is full of distractions to entertain you for hours. Get it.

If you haven’t played one the slickest and best looking racing games around, then you owe it to yourself to pick it up today. The long-standing futuristic racer is somewhat of a sensorary overload with hypnotic beats pumping as the sharp visuals pull you deep into a trance-like state. Seriously, WipEout is a unique experience that should be in every PS3 collection.

Battlefield 3 is all well and good when it comes to online multiplayer, but there’s something reassuringly pure about this retro slice from DICE. There isn’t any tacked on single-player elements, so it’s purely blasting crap out of the opposition.

The four theatres of operation – including Wake Island and Coral Sea – are full of tropical character that are a far cry away from the suburban locales of most FPS games. Finding your secret camp spots, like on a half-submerged ship, provides cheap thrills until someone swims up and knifes you in the back. And the old-school weapons and vehicles really add to the charm.

The original Bats-fest from Rocksteady is a classic. It may not have the freedom of the sequel’s sprawling Arkham City playground, but it still delivers the same fun. The flow of combat creates an addictive and sadistic thrill as you bust skulls with Gotham’s biggest bad ass, so thank the digital gods that the mini-games are neatly packed with groin-grabbingly good fisticuffs. You really should’ve played this by now, but now’s a great time to get involved.

Oh, hello critically acclaimed, massive open-world RPG for less than £12. The nuclear bombed out wastelands of Bethesda’s sci-fi adventure are chock full of things to do. From mysterious vaults and stores to explore to making a huge decisions like levelling a town with the touch of a button, Fallout 3 just keeps on giving.

A fully mapped Los Angeles plays home to some of the best street racing you’ll find this side of Need For Speed: Most Wanted or Forza: Horizon. Apart from skidding sideways through the streets of Santa Monica, our favourite bit is being pulled over by the 5-0, screeching off as the officer walks over to give us a ticket and leading an epic cop chase worthy of any Police, Action, Camera programme. There are also motorbikes and hydraulics to play with so you can bounce your ride all the way to the beach. 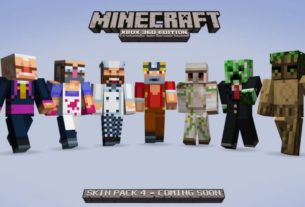