Poor old Lara’s had a rocky old trip through gaming history. She’s gone from being the iconic face of a console generation, to just one of many gun-wielding heroines gracing our disk drives. And while Tomb Raider Underworld almost took the original tomb raider to new fabled heights, its first DLC, Beneath the Ashes, does just that – and makes Lara Croft as relevant as anything this generation has to offer.

Serving as an epilogue to the main games’ supernatural shenanigans, Lady Croft discovers a whole labyrinth of medieval dungeons beneath her ancestral home. And despite its ties to the main story, BTA manages to hark back to the principles of old that made the franchise so influential.

The usually pointless cut-scenes are thankfully kept to a minimum, and there’s not an over-powered shadow-sword in sight. Ladies and gentlemen, this is old school Tomb Raider (with a modern twist).

Yes, there are some of those glowing thralls to deal with (sporting the latest Templar zombie fashions), and the occasional giant spider to battle – but they’re used sparingly between large climbing set-pieces.

It’s refreshing to be able to spend most of your time hunting for treasures or working out how a mechanism works, rather than fighting waves of mindless enemies with the buttons mashed down. Since there’s no danger from foes when you’ve got health packs and infinite ammo, the devs have wisely kept the danger where it should be – in the many sprawling chambers you’ll need to overcome.

The climbing mechanics that were refined for the original game have been given an extra – and much needed – tweak. There’s no more leaping to your death as Lara fails to jump to a log, ledge or platform that’s clearly within reach. Traversing a huge dungeon now feels less like a gamble and more like the adventure it always should have. But it’s far from a breeze to succeed.

Crystal Dynamics has filled it with enough moving platforms, spinning blades and fiendish puzzles to keep even the hardiest of veterans stumped. And with so many epic set-pieces, it feels like a faithful tribute to the exploration and survival that made Tomb Raider so captivating back in the day, without sacrificing its synergy with the modern take.

The whole experience truly benefits from being self-contained. Without the pressure of resolving a three game story arc, it feels like Crystal Dynamics have had time to breathe, and it really shows in the pace and variety of this DLC package. Even the humble grapple cable gets a new lease of life – now you’re offered the opportunity to use it to solve puzzles, as well as using it to swing across the dank depths of Croft Manor. It’s just one of the many ways that BTA improves on its predecessor rather than simply rehashing it.

As DLC, this is worth its price tag. Along with a good two hour tomb raiding shindig, you’ll also get a whole host of treasures and an additional relic to find. It also comes with extra achievements, so even gamerscore nuts will enjoy this tidy little package. With a wink to the present – and one doff of the cap to the past – Beneath the Ashes is modern tomb raiding at its finest. 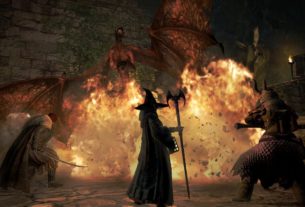 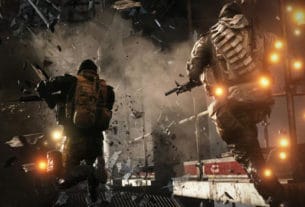