Having set the quality standard so high in Borderlands 2, Gearbox could easily have just added more of the same with DLC and we’d be happy. But with Captain Scarlett and her Pirate’s Booty they’ve dared to experiment with some new ideas that really pay off.

The enticing promise of a hoard of lost loot drives the main quest line of the new Pirate’s Bay area, but you’ll have to fight for it. The legendary ‘Leviathan’ boss stands between you and the booty, not to mention the legion of pirates under the command of the ruthless Captain Scarlett.

For all the greatness of Borderlands 2, the leveling-up system leaves much to be desired. Complete every side-quest and your character soon becomes an unflinching killing machine and a majority of main quest areas and enemies are seen off with ease. In Captain Scarlett’s the bad guys level-up with you and offer a challenge from start to finish.

Mini-bosses and badass enemies pose a much greater threat here. ‘P3RV-3’ is a giant robot that holds sexually explicit material and will really test your <ahem> staying power, and Grendel the Bullymong is tough, but is worth the battle as she’s of particular interest to Sir Hammerlock.

There are new characters in Captain Scarlett’s DLC too. Your ‘New BFF’ Shade will be your first port of call, offering a variety of race, fetch and fight quests to keep you busy. There’s a marriage proposal to a corpse and a peg-leg and gold teeth collection quest for a wannabe-pirate. Yup, Shade’s missions have it all. He’ll also provide you with a unique vehicle, the Sandskiff, a hovercraft/tank hybrid which offers huge damage, high speed and great handling.

In a place this tranquil, you almost feel bad for killing things. Almost.

Two extremely tough raid bosses have been added too – Hyperius the Invincible and Master Gee the Invincible. These both require teamwork and tactics that encourages you to grab a few friends for the diamond-hard battles. If you triumph over these bosses, you’ll gain access to the new Seraph equipment which boasts some seriously good stats.

Fancy a shield which buffs health regeneration when your shields are low? The Evolution shield is for you. And the Devastator pistol really packs a punch you can tame its hard-to-handle arching projectiles.

Providing the backdrop for your new adventures, some of the new areas of Pandora in Captain Scarlett and her Pirate’s Booty DLC are visually breathtaking. Hayter’s Folly, for example, is full of leafy palm trees and shrubs, while turquoise coloured water tumbles from sandy rock cliffs. In a place this tranquil, you almost feel bad for killing things. Almost.

Usually the function of music in Borderlands is to create a transition between peace and combat, as it changes from an ambient backdrop to ‘something’ with a timid beat. The Magnys Lighthouse area presents a very welcome change to this tradition, with a catchy dubstep style tune, which will make your foot bounce as you dispatch foes.

Captain Scarlett and Her Pirate’s Booty gives us everything we want from Borderlands 2 DLC. More weapons, new enemies and fresh new areas to continue the battle for hours. It’s a model example of how additional content can and should be done. 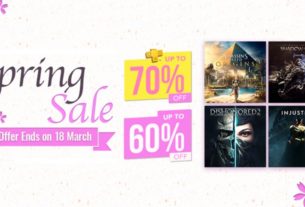