Yes, you can now ride dragons. No, itʼs not as fun as it sounds

Like all the best things in a Bethesda game, especially for oft neglected PS3 owners, Dragonborn makes you work for its love. We spent a while wandering around Windhelm with anticipation, waiting for some sign that ‘new things’ would happen. Thankfully, it wasn’t long before we were set upon by a gang of priests in spiky masks, angry at our supposedly false claim of lineage to the great fire breathing monsters of the sky.

A quick fight and a brief rummage for clues inside their clothes later and we had our destination: a boat to take us across the sea to the new land of Soltsheim. Our quest? To seek out Miraak who has plotted our demise.

The boat takes you to Raven Rock, a town located on the south-west coast of the island of Soltsheim. Upon arrival you’ll notice enough visual modifications to feel like you’re somewhere unique. The taverns and shacks of Skyrim are replaced with massive crab shells, while guards here have had their intimidation scale turned up to eleven. You really feel like an outsider in a strange new land, and the spewing volcano in the distance, choked wildlife and ash strewn landscape adds to this sense of foreboding.

You discover that the aforementioned Miraak was a Dragonborn like you. However, he was banished to a distant realm for being too big for his boots. With the people of Soltsheim in his sights Miraak attempts to return and bring all manner of magical shouts, dragons and demons along with him. And he’s not too keen on sharing his toys with you.

You gain the ability to reallocate skill perks, which is useful to anyone who thought the talking trait was a good idea

As well as the usual dungeon exploring the main quest sees you locating magical black books that transport you to the demonic dimension of Hermaeus Mora – the Daedric Prince of knowledge and memory. It’s like something out of a H.P Lovecraft fever dream. The world of writhing tentacles and floating octopus beasts is suitably creepy, but doesn’t quite fit with the epic fantasy of the Elder Scrolls universe. It’s not quite the stuff of legends, but the world your Dragonborn dreams of saving when he’s eaten too much mammoth cheese.

The lazy and repetitive feel of later areas with the ‘enter room, kill everyone’ formula in full effect it quickly grates and feels like padding to support a package with new ideas, but little story to work with. There are some good additions to the Skyrim arsenal to enjoy though.

You gain the ability to reallocate skill perks, which is useful to anyone who thought the talking trait was a good idea. The centrepiece of the DLC is the ability to control dragons. While it’s satisfyingly empowering, it’s poorly executed. They control like hungover sentient tanks, with your input limited to telling them to shoot. We prefer the Dragon Aspect shout, which temporarily turns you into a glowing, spiky mass of over-powered awesomeness.

Dragonborn’s main quest is disappointingly weak. It feels disjointed and takes about the same amount of time to complete as a handful of Skyrim missions. The new side quests are enjoyable and include hunting werewolves and other mythical beasts, acting as a wizard’s hydrophobic test subject and a spot of mine excavation. Add to this new powers and a few new toys and those who devoured every inch of the original game will be more than satisfied with this return to Skyrim. But sadly, Dragonborn isn’t exactly worth waiting the best part of a year for and at £12.99 it’s a real hard sell even for hardcore fans. 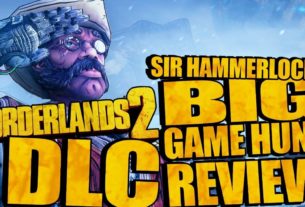