A couple of weeks ago we reported on a completely ‘hypothetical’ and ‘unofficial’ poll started by Injustice: Gods Among Us creative director, Ed Boon, asking fans to vote for the DLC character they’d most like to see added to the game. The poll closed a while ago and Mr Boon has been eking out the results ever since.

Now it’s finally down to the last two, and we know the winner of the poll is either Red Hood (Jason Todd/Robin) or Zatanna. Here’s how the results revealed so far stack up:

Our pick was Blue Beetle, who received the least amount of votes overall. What a loser.

The longer Ed Boon drags out revealing the winner, the more we’re convinced the character with the most votes will end up being added to the game. It’s the only obvious explanation for such a painfully protracted tease. Unless… Ed Boon is just a complete sadist. 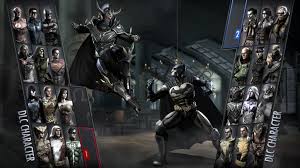