From the looks of the launch trailer, where Wei Shen is busted back down to beat cop, you’ll be forgiven for thinking that Year of the Snake will start out handing out parking fines and settling disputes as a sort of Police Academy theme tune tinkles over the top. But this introduction is played out in a cutscene and is incredibly fleeting. Similarly, this episode of Sleeping Dogs is equally brief.

After disobeying orders from the top brass and blowing up half of Hong Kong, Wei is forced into walking the beat again. Cue brief cutscene and general grunts of disapproval from our hero. But you don’t play any of the mundane stuff. All of a sudden a mad cult – though, we’re yet to come across a sane one  – leaps onto the scene and jabbers about the end of the world happening at midnight. No prizes for guessing who has to stop these crazies.

From a gameplay perspective, Year of the Snake shakes up the basics. Wei commandeers vehicles instead of slinging the driver out onto the asphalt and a nifty stun-gun is on hand to give enemies a nasty shock as you grapple them. You can even arrest foes when they’re low on energy by hitting Circle. There’s a tear gas gun too that’s supposed to disperse crowds, but the plumes of cry-inducing smoke are rendered useless almost immediately as the somewhat psychic cultists have the foresight to bring gas masks.

Side missions are tweaked too. Instead of arse-kicking your way through drug busts in back alleys you arrest folk for throwing firecrackers or peeing in public places. It doesn’t really have the same sense of excitement as duffing up ten thugs without breaking a sweat, mind. But the real twist is saved for the main missions.

Year of the Snake experiments with new mission styles that mostly work and entertain. You see the cultists are essentially terrorists and soon begin to plant bombs all over Hong Kong. Some are on buses, which are deactivated using the hacking code minigame and some see you race to the nearest harbour in a car rigged to explode then bail out before it explodes in the water. It’s a fast pace that quickly builds to a crescendo… of disappointment.

Our biggest beef here is that it’s over just as it begins. For £4.49 we expected at least another few hours worth of action from Sleeping Dogs, but Year of the Snake’s six new missions can be finished in under an hour. Yes, there are the piecemeal side-missions we mention above, but they don’t deliver the same punch as the main game. And the finale, though played out at a heart-thumping pace, just sort of ends, which left us cold and confused – not about the ending, just that there wasn’t any more to come from the DLC.

What Year of the Snake feels like is a prologue to Sleeping Dogs. If the game had kicked off in this manner the natural progression to drug busts and the undercover/Donnie Brasco plot would make perfect sense and provide a nice arch for Wei Shen. As it is, there’s fun to be had in this DLC, but at such a price (you can pick the whole game up for around £10 more) it’s a hard sell for something so lightweight. 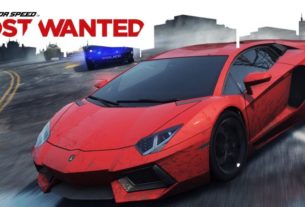 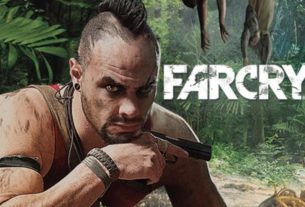