Injustice: Gods Among Us gets a bevy of new content today, with the Batgirl character pack leading the charge, hitting Xbox Live and PlayStation Network priced 400MSP (£3.43/€4.80/$5.00), and £3.99/$4.99 respectively. If you’ve already splashed out for the Injustice Season Pass then you’ll be able to access Batgirl without paying another penny more.

PS3 gamers in Europe won’t be able to access the Batgirl DLC until tomorrow, 22 May, which is when the EU PlayStation Store next updates.

You can download Injustice: Gods Among Us DLC from Xbox Live (GB), Xbox Live (US), PS Store (GB), PS Store (US). If the new content isn’t there, be patient – it’ll appear when the relevant service next updates.

Here’s a Batgirl trailer, in which she knocks Joker through several walls:

Next piece of Injustice DLC for today is the Batgirl compatibility pack, which is delivered as a mandatory update for PS3 users, while Xbox 360 owners will have to download it from Xbox Live (don’t worry – it’s free). The compatibility pack comes with a lovely Luchador Bane skin. Check it out:

Like the Batgirl DLC, both the Killing Joke and Red Son packs won’t be available for PS3 in Europe until tomorrow, 22 May. It’s also worth noting the skin packs aren’t covered as part of the Injustice Season Pass, so you’ll have to buy them even if you’ve got the Season Pass.

That’s the lot for today, but there are still at least two more DLC characters planned for the future, and God knows how many more skins. If you’ve got Injustice: Gods Among Us for Wii U, then you’re going to have to wait until sometime in the summer before getting any DLC. Boo and hiss indeed. 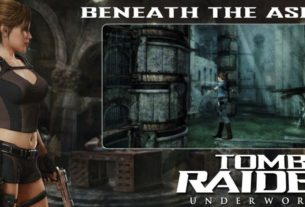