A fitting and fond farewell to Shepard and the gang

Citadel is the final, two-part, send-off for Shepard and his/her crew. For your 1200MS you get a whole new area of the Citadel to explore: a casino, an arcade, and most impressively a combat simulator (more on this later). Citadel is split in two halves – an explosive blockbuster of a mission followed by a second half of pure, unadulterated fan-service. Don’t be put off though – as there’s something for everyone here.

The first half of Citadel plays like an action movie. During shore leave on the citadel, Shepard and Joker enjoy some space-sushi when suddenly a band of mercenaries appear. Using the tables for cover you gun the lot of them down, and thus begins Shepard’s last hurrah. It’s not all run-and gun though as you’ll face some puzzles built around a casino heist. Not only does this add variety, but it shows that BioWare really want to give us something worthy of our extra cash.

Over the first two hours of Citadel you’ll fight to save the Normandy alongside squadmates from past and present against an almost comic-book style megalomaniac. We won’t give away spoilers, but he’s possibly the most entertaining and unexpected villain to date. From a writing standpoint Mass Effect Citadel feels a lot like the recent Marvel movies – relentless action followed by a comical one-liner from one of your fellow bad-asses that just works.

This comedy injection is often self-referential, sometimes bordering on breaking the fourth wall. We chuckled as Shepard broods over the fact that he/she often ends conversations abruptly with “I have to go”. In a moment of reflection Shepard asks Wrex, “Do I really sound like that?” to which he replies “I thought it was a Human thing…”. Nice.

These moments are spaced out perfectly to allow for a serious tone when needed. In fact, the whole first section of DLC gives you a real sense of tension – a remarkable achievement when you remember that it’s set before the game’s official ending – so you know nothing should really be at stake here. This is one of the reasons Citadel works so well – it distances itself from the overall story and just celebrates the characters for who they are.

Once the first half of Citadel reaches its climax, it becomes an all-out celebration of the Mass Effect series. You organise a party for your friends in your new apartment and although this sounds lame, it works as this half of the DLC is aimed almost entirely at fans of the series. The party section isn’t critical and you can walk out at any time, but for those invested in the Mass Effect series it’s brilliant farewell.

BioWare provide a little something for everyone though with the combat simulator. It’s a game within the game that pits you against foes, and challenges you to set highscores through kill-streaks and strategic use of handicaps. There’s a level progression system here that even unlocks perks and locations. There’s enough to extend a series that’s already provided hundreds of stellar hours of gaming.

Citadel isn’t just a great Mass Effect story – it’s a standout example of what DLC should be. You get the feeling that BioWare’s objectives were to give the cast the ultimate send-off, give you a great experience, and add even more value to a game that keeps on giving. And boy do they succeeded. Farewell, Shepard and co. 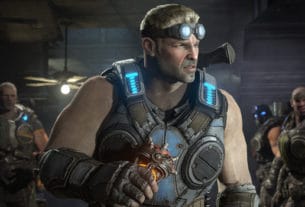 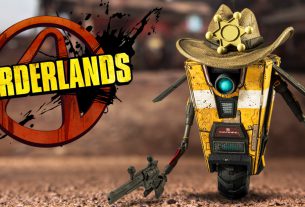 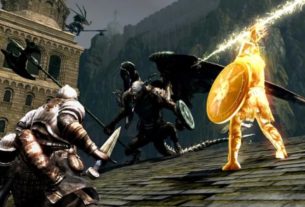