Although Fire Emblem: Awakening still isn’t out in Europe (April 19th, demo available now) Nintendo has seen fit to release more DLC in the shape of Rogues and Redeemers 1. Siliconera reports the new map has our hero, Chrom, teaming up with several characters from old games, led by Fire Emblem: Sacred Stones hero, Ephraim (the stoic-looking chap above).

Apparently, the enemies in this new DLC are pretty tough, but if you manage to batter the snot out of them you’ll be rewarded with Ephraim as a playable character in Awakening. Sweet. You can grab Rogues and Redeemers 1 from the eShop for $3 or spend $6.50 to get a discount on the other two that are upcoming soon – release date TBA.

Want MOAR? Why not check out the Things You Missed in the Metal Gear Solid V because you were drunk or Mr Iwata Standing in Water or the Amaze-o-tron podcast 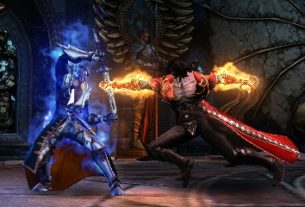