Here it is – the penultimate new Injustice: Gods Among Us skin to be revealed this week… and it’s Aquaman sporting a look based on the Blackest Night comic crossover. The slightly off-colour King of Atlantis will be available as part of Blackest Night Pack 2, which will be released next week, 2 July, alongside new character General Zod, and Superman’s ‘Man of Steel’ costume. If the Blackest Night Pack 2 is priced in line with previous skin packs, then it’ll cost 240MSP (£2.06/€2.88/$3.00) on Xbox Live, and £2.39/$2.99 on PlayStation Network.

We don’t know who will be joining Aquaman in the Blackest Night Pack 2, but we wouldn’t be at all surprised if Green Lantern was to put in an appearance. The first Blackest Night Pack, which arrived alongside Scorpion, contained Superman, Doomsday, and The Flash.

Tomorrow will see the final reveal of the four new skins teased earlier in the week – previous two have been Solomon Grundy and Wonder Woman – and so far we’ve been spot on with our guesses for who the new outfits would be for, and we’ve every confidence the last skin will be something new for Hawkgirl.

It’s also been teased that there will be ‘multiple skin packs’ releasing with General Zod next week – we now know one of them is the Blackest Night Pack 2, but what about the other one? Could Superman’s ‘Man of Steel’ skin turn out to be part of a pack, or how about Solomon Grundy’s new outfit becoming part of a trio for an Earth 2 ensemble? And will we ever find out who the hell won the unofficial Injustice character poll? Find out next time (and probably the time after that also)… 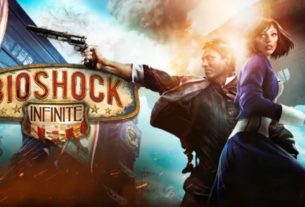