Finishing Dark Souls should be a triumphant moment. You should feel incredible. You’ve beaten the game with the reputation for being unforgiving and unrelenting. You’ve overcome any expectations and you’re a better person for it. There should be a parade.

Instead what actually happens after the initial endorphin rush is you’re met with a solemn understanding that you’ve run out of Dark Souls to play. There’s a New Game Plus, sure, but that’s just reliving the same experience again. Dark Souls excels when you’ve completed a segment where it took hours of hammering away, then you have to move on to the newest section, struggling to learn the intricacies that will allow you to progress. It’s not really a game about difficulty, it’s a game about discovery and experience; once you’ve completed an area it can’t surprise you again.

The Artorias Of The Abyss DLC isn’t a remedy for Dark Souls withdrawal, though it’s definitely a tonic that holds off the effects a little longer. You carry your character forward into a newly designed area that adds a few extra hours of content. It’s more Dark Souls, which means initial confusion, gradual realisation and frustration from uncertainty anew. The bosses alone take a significant amount of time to figure out and the areas leading up to them are as challenging as you’ve come to expect.

What’s really worth picking up the DLC for is the enhanced role that PVP plays. This add-on includes a variety of duelling areas for you to test out your builds against other competitors. The process is a little more formal than the previous method where you waited around until you were invaded, now you visit a specialised area that can group you into teams, as well as a standard 1vs1 match. This suffers from some issues with lag; your attacks can often register some time after they’ve landed, but for the most part this addition is a delight. 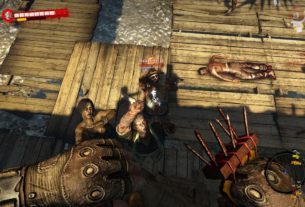