We’ve known about the two Metal Gear Rising: Revengeance DLC packs ‘Jetstream’ and ‘Blade Wolf’ for some time, and Konami has now announced that both of these story expansions will release sometime in April for PS3 and Xbox 360 (although in the US they’re PS3 exclusive, so Xbox gamers go without). The only confirmed price so far is $6.99.

If you’re looking for some Metal Gear Rising to keep you busy in the meantime, the VR Mission Expansion for Metal Gear Rising: Revengeance is already out on the EU PS Store, priced £1.99 or for completely free until 3 April in the US, and is also available on Xbox Live in Europe, priced 240MSP. 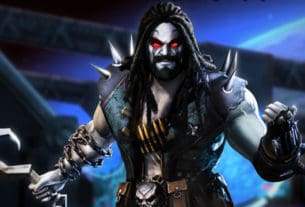 Injustice: Gods Among Us DLC Season Pass out today on XBL and PSN