‘Sick as a XBLIG’ is occasionally a regular feature in which we play an Xbox Live Indie Game and then write about it. Today we are writing about Bleed.

The blob, the worms, the robot, the dragon… it reads like a list of who I would like to invite to my birthday party when I was 6. But it’s not. I never knew any blobs or worms or robots or dragons when I was 6. A shame really because friends like that would have made a great party. Instead I got a trip to the cinema to watch the first Star Trek movie, but we had to leave early because Conrad Lochren vomited on himself and the smell was so bad they had to open the fire exits to let some fresh air in. 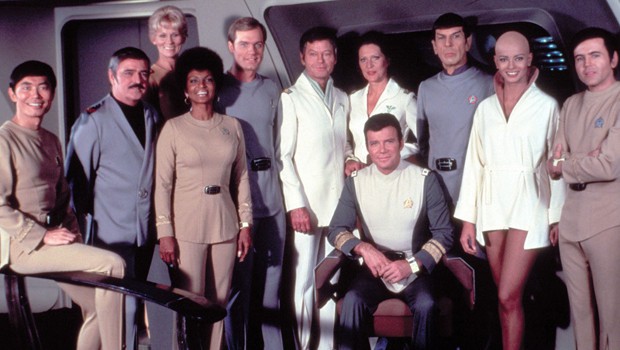 Spock can smell the sick

No. The blob, the worms, the robot, and the dragon are just some of the old heroes who must be defeated by a new hero. That’s pretty much the story behind Bleed. We’re not convinced that killing old heroes is actually very heroic, but it’s video game logic so doesn’t have to be logical. The hero killing other heroes in order to become a hero is Wryn. She seems nice enough, so I’ll give her the benefit of the doubt. Wryn has magenta hair. Overall, there’s lots of magenta and pink in Bleed, which is great because there isn’t enough magenta and pink in games.

As well as having magenta hair, Wryn is good at John Woo sort of shooting, which is great because Bleed is an old-school 2D platformer-shooter. It’s fast paced and can get pretty hairy with the bullets – at times it teeters on the verge of bullet-hell territory – so it’s lucky Wryn has a few tricky-tricks on her side. She can do slo-mo (pretty standard) and multiple mid-air jumps (up to three chained together). The way to be good at Bleed is to combine the slo-moing (left trigger), the multiple jumping (right trigger), and the shooting (right stick) together successfully. It takes a lot of dexterity skills but get it right and it’s as satisfying as learning how to run with three or more legs.

It’s really impressive how good Wryn looks when she’s shooting and diving around the 2D levels in a pinky swoosh. Her animation really gives her character some character. Even when she’s reverse jump double-fisting an enemy cat that’s spitting fur-balls in slo-mo to death she retains equal parts bad-ass and adorable.

To encourage self-improvement of dexterity skills, Bleed rewards stylishness with points. So be stylish and get more points, which is a lot like life actually. Also, shooting stuff without being shot back is good for points. When you’ve got points, you can go to the shop and buy things. In the game. Not in the street outside. You can buy new weapons, and more life, and more time for slo-moing. By the way, Wryn can carry two weapons at a time. To be honest, I used the dual-pistols 95% of the time and I completed the game on Normal and Hard. Maybe I’m not doing it right though.

The graphics and sound in Bleed are exactly like they are in this trailer I found on YouTube:

There’s a good variety of 2D levels to shoot through – seven in total – and there’s everything from mansion and inside a dragon’s stomach, to moving train and subterranean worm lair. Each level has its own things to shoot and hero to kill at the end.

When you’ve completed Bleed you can go back and do it again on harder, or even Arcade mode, which is really hard because you only have a single life. I’ve almost done it on Easy, but not quite. I’ll keep trying though because I want to and once I’ve done it a new playable character unlocks. So far I’ve unlocked two extra playable characters. Either way, Bleed is short enough and good enough that you’ll be more than happy to perfect your dexterity skills and go through it multiple times. Like eating a nice sandwich and saying ‘I could eat that again’, but actually being able to.

This level is the moving train level

You can play co-op as well, but I didn’t have anyone to play with. I tried operating two controllers myself but it was really hard. You might do better in co-op if you’ve got friends.

Bleed is great and I’ve been playing it a lot. Bleed’s one-man developer team Bootdisk Revolution should be really happy because his game is great. Taking all this into consideration, I’m happy to award Bleed the ‘Buy It You Bunch of Muppets’ award.

Bleed is available to download on Xbox Live now for 400MSP.