All four special pre-order packs, and VIP Pass, available to buy for Xbox 360

The first Grid 2 DLC packs are available to download now from Xbox Live (also available from PlayStation Store). The packs were offered as special pre-order DLC, but if you didn’t pre-order, here’s what you get for your money:

Also available from Xbox Live now is the Grid 2 VIP Pass, which gives access to online multiplayer if you’re picking up the game pre-owned – the VIP Pass, which is a one-time use only code – is included with all new boxed copies of the game, so if you’ve bought it new you won’t need to buy the VIP Pass again. Here’s the details:

Grid 2 developer Codemasters has also committed to a DLC schedule for the game, with three add-ons confirmed for June and July, and new DLC promised every month until October.

In the mood for something completely different? Please try one of our original features, like ‘Nintendo survival guide: 5 ways Nintendo can save Wii U‘ or ‘Xbox One: An easy-to-understand guide to playing pre-owned games‘. 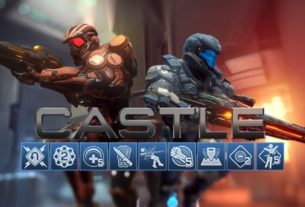